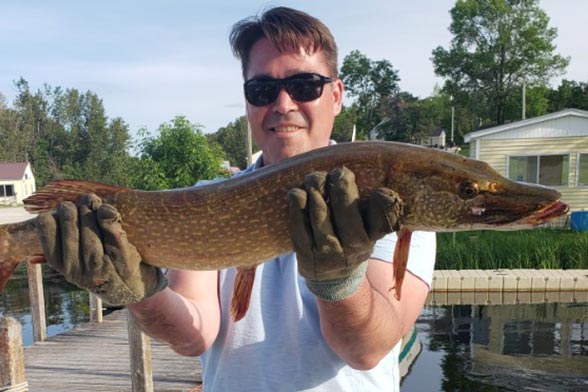 Summer sure does pass fast when you’re having fun and staying busy. I can’t believe we’re already in August of this year. I’m still getting used to writing “2019.” I thought I’d catch you guys up with what I’ve been up to this summer so far.

In the beginning of summer, my father and I took a fishing trip up to Drummond Island. We usually do this once a year as a father/son trip, just him and me. It was interesting getting up there this year.

My father and I were driving separately. We both took off on a Friday morning. I got on the road around 11:00 AM, and soon got a call from my dad.

He was taking his deep V boat up there, a Lund Tyee. It’s about an 18-footer with 135 horsepower in the back.

The wheel on his trailer had flown off on his way up to the Island, right outside of Three Rivers. He gave me a call to let me know.

We had to figure out whether or not we still wanted to go to Drummond Island since we didn’t have a boat now. We called the resort and they said they could rent us pontoon boats while we were there.

If you know anything about the Great Lakes, a pontoon boat isn’t exactly the preferred method of transporting yourself around. But it was either a pontoon boat and a vacation with my dad, or nothing, so we decided on the pontoon boat.

Ultimately we ended up having a blast! I caught a 35-inch northern pike, the biggest fish I’ve ever caught.

Quick story: It was about 6 p.m., we’d been fishing for about 5 hours. I knew it was feeding time for the fish, but nothing was grabbing on. I was watching my lure through the water. 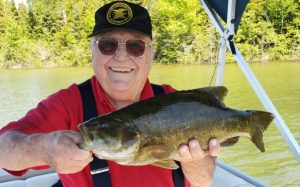 As the lure came up from the bottom, I saw the pike come up from underneath and chomp down on it. I screamed and giggled like a little boy when that thing grabbed my line and started running with it. It took me 10 minutes or so to drag him in.

And my dad caught a huge 18-inch bass on a 4-pound test. He had to let that fish run with his line for a while. It was the biggest fish I’ve ever seen him catch. The trip went very well, and I’m glad that we decided to go.

As for my family, we’ve been busy, too. We’ve been taking short trips out to Big Fish Lake where we have a camper and a pontoon boat. The children love to jump off the pontoon boat and go swimming.

We also took a trip down to Cocoa Beach, Florida in July. We were beach bums a lot, playing in the surf and bodyboarding.

We also went to the Kennedy Space Center – took a bus trip around NASA and watched the Falcon 9 launch from Cocoa Beach. The kids were surprisingly good on the plane, and it was just a really good family trip.

We’ve been keeping an eye on my dad’s heart because it’s starting to have some dysfunction. We’re a bit concerned about him, but he’s still happy-go-lucky and going at life at a hundred miles per hour as he always has. Mom has been having fun in retirement, as well, playing cards with her friends, going out on the lake, and so forth.

My family also went out and had some family pictures taken in July. We got the picture package as part of a prize we won at an auction for Dismas House in South Bend. Just so you know, Dismas House is a halfway house for people coming out of prison and getting their lives together as they transition back into society. 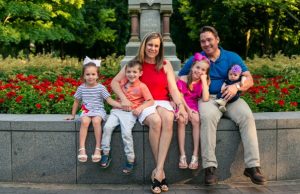 They had a charity event at the Hundred Center in South Bend. Stacy and I attended at the invitation of our friend, Doug Elder. We bid on the pictures and got a great deal! 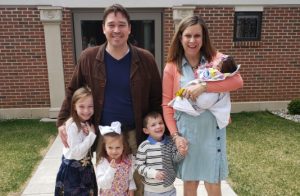 This summer has been filled with memories and wonderful experiences. I am continually amazed by how fast my kids are growing up. They impress me with their curiosity, intelligence, and tenacity.

It is a blessing to have the opportunity to spend meaningful time with my parents. The older I get, the deeper my respect grows for my father and mother. This summer vacation offered me precious time to spend with those I love most.

I hope your summer is going well for you. We are truly a blessed family and lucky to have such a great community to live in. Keep me posted as to how you’re doing! 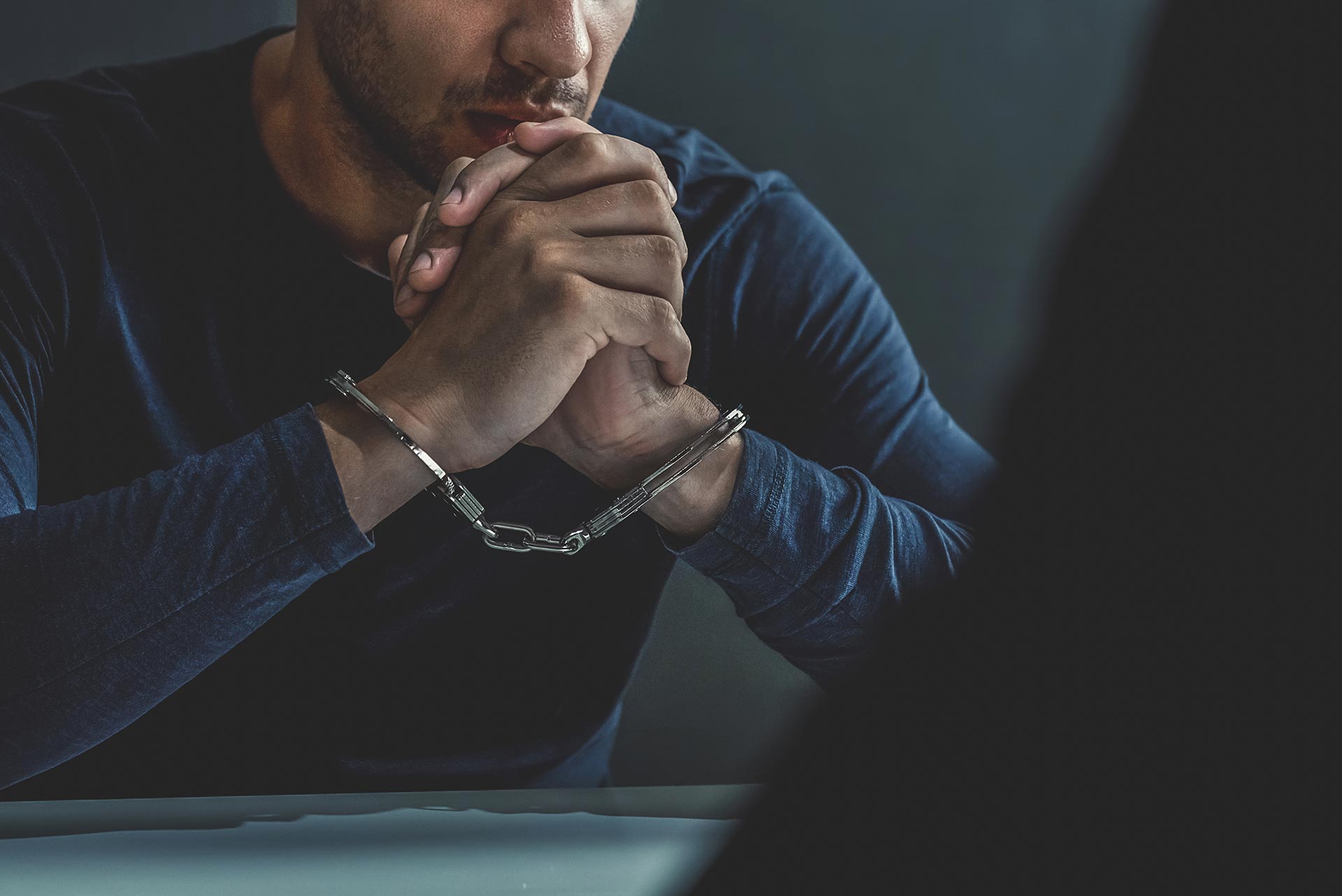